The Ribeira-bravense handicraft is one of the great cultural riches of the region that distinguishes it from other counties of the island. We can find in the municipality of Ribeira Brava beautiful embroideries that impress for their dedication in the execution, articles elaborated in sugar cane and in wood, stuffing of objects with wicker being the art of working with wicker an attraction in the county. 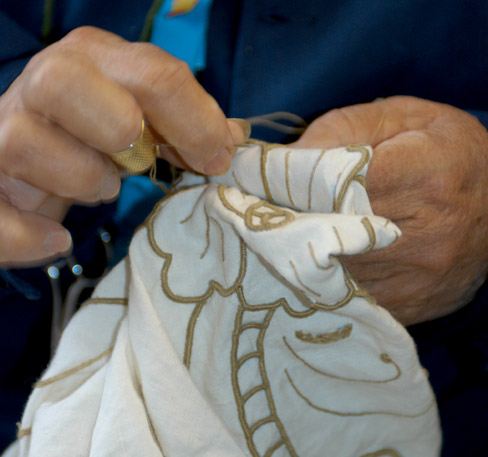 Crafts only took on a major development in the mid-nineteenth century, having become known and highly sought after in the British markets, gaining worldwide fame. This industry has developed to the point of being considered one of the most important activities in Madeira.

The ‘viloas’, after finishing their work in the fields, devoted themselves in their dead times to embroidering pieces that were true artistic perfections.

At first the hand embroidery was strong and durable, made with a line in ‘morim’ or ‘cambraia’, carefully worked on the simple designs, but soon began to appear works in linen, silk and other farms with different colors and designs.

ater the rural embroiderers, given the great demand, dedicated themselves almost exclusively to the embroidery.

At Lancasteriana’s school for girls, founded by Mrs Phelps in 1821, apart from basic education, a taste for needlework was born. Soon many women were engaged in this artistic work to fight for their livelihood.

This office was imposed and increased according to the foreign orders, especially English, that made to embroider the standards at will. Thus, this industry began to flourish in Madeira, where labor is very cheap.

In 1866 it was reported that, in search of these products, thousands of women were already working in embroidery. As a first way of organizing this sector was founded, in 1894, a charity association called the José Julio Rodrigues Society for the Protection of Madeiran Embroidery. Embroidery, used to cover tables of princes and wealthy women of Europe, then became an important sector of the economy, acquiring worldwide fame.

(…) Embroidery was the subservience of many families, and many women, especially from Ribeira Brava and Campanário, dedicated themselves to this task. In Madeira, during the Last World War, even some men had to embroider to starve their children. “

In 1938 a family of German origin, when trying to diversify the production of its factory of embroideries, decides to create a workshop of tapestry. Quickly, the small studio grows in volume of business and in number of workers. The tapestry has discovered applications and uses in bags, chair linings, panels, rugs, cushions, etc. Faced with this success, several companies are interested in this new activity which, along with embroidery, occupies a prominent place in the economic life of the island.

In the execution of the tapestry the artisan uses several techniques, according to what he intends to reproduce: when he wants to highlight details he uses the small point, in the base tint and the filling of funds he uses the degree point, and he uses the gobelin point when he wants something special. The process of reproducing a frame for the painting (canvas) is very time consuming, using more than 2000 thousand colors the artisan has to dismantle, correct, redo until obtaining a final result.

In addition to wickerwork, embroidery, and tapestries, other types of handicrafts exist, not least important though less well known. These are, for example, the cases of sperm whale articles, straw hats and sausages. 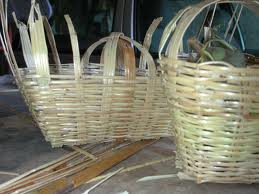 This plant, of great utility, spread throughout the Madeira Archipelago, comes from the East. Cana Vieira, also known as Rock Cane, is widely used for the manufacture of spinning rocks and weaving combs; Fishing rods and fishing coves; Cages; Basketwork; Parrots and other toys; Flutes, recoils and other pieces of musical instruments; And also serves to make the typical “Toy” always present in Madeiran folklore. 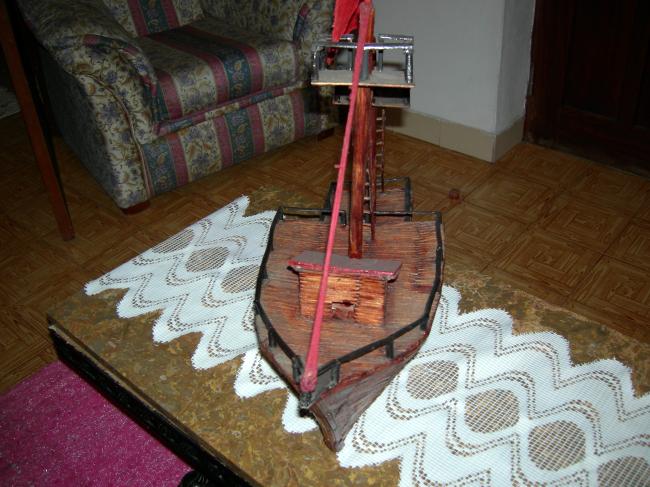