As for soups, we have the yellow pumpkin soup, the fish stew, the wheat soup and the watercress soup.

In terms of drinks we have the traditional poncha and the wines that come from the vineyards of the county.

“Portuguese is, in general, a bit of an ‘epicurean’. You appreciate the” snacks “and the good” pinga. “Portuguese wines have a reputation for excellence and” regional “specialties. True delights. “In CRUZ, Viscount of Porto da, “Folklore Madeirense”, Edition C.M.Funchal 1955 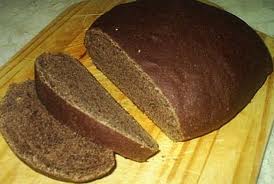 The black cake is one of the best-known recipes of Madeiran regional confectionery, much used as a wedding cake for the peasant bride and groom or the Christmas festivities. There are few houses in Madeira that do not have this cake on the Christmas table.
This traditional recipe is attributed to the county of Ribeira Brava, and was collected by the Confraria Gastronómica da Madeira. The dough is enriched with cane honey, dried or crystallized fruits, cinnamon, nutmeg, Madeira wine and beer. It is therefore a very rich, tasty and moist cake that is well preserved and can even be frozen. 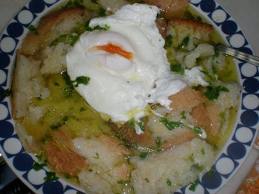 For the Madeiran system, it may seem like a disconsolate dish, but it is typical and pleasant, having only for waxes the inconvenience of the aroma of garlic.
Put the bread, hand-dipped, into a bowl, with sprigs of oregano and cloves, cloves of garlic pressed, a piece of butter, salt, a piece of chilli pepper, two raw eggs and a little olive oil. When the water is boiling in water, lie down on all this and cover until ‘wipe’, serving itself very warm, after a few minutes of rest. 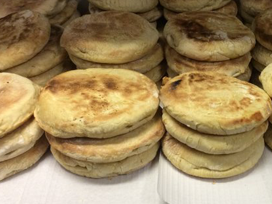 It is another specialty of Madeiran cuisine. The flour is kneaded in a bowl, as if it were to make bread, but as soon as the dough has leavened the cakes are removed, flattened and placed on a “soft stone” tray, made of clay or iron And bake on the embers or light broth, taking care to return now from one side or the other until cooked. It is eaten by slicing the slices with butter. Some people put a few slices of chorizo, ham or roast meat in the middle of the ‘Cake of caco’, before cooking. 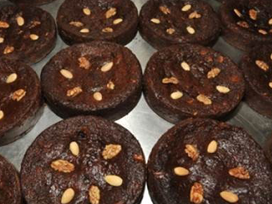 At the beginning of the last four centuries, the sugar cane honey has been indispensable in Madeiran sweets, which was celebrated through the world-famous “Honey Cake of Madeira”, whose fame remains today.
Put in a bowl the flour, chopped fruits, sugar and spices. The fats melt in a ring, let it cool. Put the yeast in a corner of the bowl and kneading with the fats slowly until it is well defective. Afterwards, everything is mixed, honey, brandy, old wine, orange juice, juice and lemon zest, soda dissolved in a little milk. Knead well, so that the fruit wafts to see in the mass and the hands are cleaned of the mass and to detach from the bottom of the bowl. Let it rise for 38 hours.
At the end of this time a few balls with the mass are placed that are placed within the own previously smeared forms of margarine and the bottom toasted with a slice of greased vegetable paper. Garnish with almonds, walnuts and cider to taste. It will cook in a moderate oven. Once cooked let it cool until the next day. They are wrapped in parchment paper and stored inside a tightly closed can. 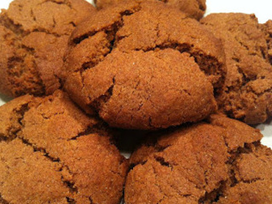 Pour flour, sugar, cinnamon, soda and chopped nuts into a bowl. Mix everything very well. Make a pit name. Pour the margarine, lard and lemon zest and start kneading until it forms a ball and leaves the bowl. Grease the trays with margarine. Tent small balls and place at regular intervals on the trays. Bring to the bake in medium oven. 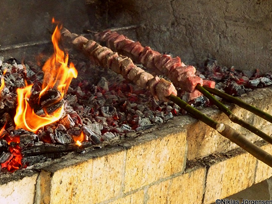 Madeirense steak is probably the best known and most consumed dish in picnics, festivals and pilgrimages of the islands of Madeira and Porto Santo, in which the various butchers made available to all expose meat for all tastes. Cut the ‘clean flesh’ into small pieces that are stuck in a sprig of laurel and bake on the embers. Salt is pumped and eat hot, bleeding. 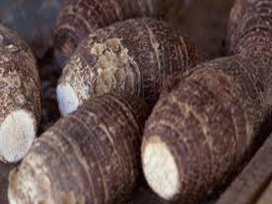 Almost all inhame production is used for human consumption, usually consumed directly in the form of cooked vegetable. Cooking is essential since yams contain, in quantity depending on the species, compounds that give it an acrid taste that is destroyed by heat. 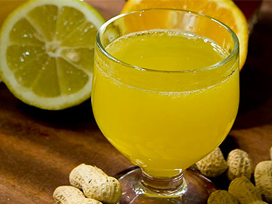 Poncha, is the most traditional drink in Madeira! It is a case to say: Whoever goes to Madeira and does not drink poncha, can not be proud that he truly knows the pearl of the Atlantic. The poncha is known and appreciated throughout the island. It can be drunk both in the summer with ice, and in the winter, because they contain much vitamin C.
In the old days, the poncha was made with only sugarcane brandy, adding the same amount of water, sugar and small lemon peels as would suffice.
Over the years this recipe has been perfected, the sugar cane brandy is the timeless element, the innovation was the mixture of honey from bees with lemon juice. For the more daring and adventurous, I advise you to taste the most varied flavors of this drink, such as the passion fruit, tomato, orange, wormwood or even whiskey. These flavors are obtained by replacing honey, in the case of fruit, or of brandy, in the case of beverages. 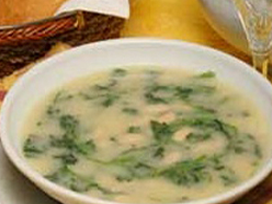 Like the other Madeiran soups, this one is unmistakable. In a pan boil a portion of water and season with lard and salt. The boganga also known as chila was prepared by taking out the shell and the core, cutting it to pieces and that will be used to stop the cooking. Add to it the ‘seed’ and green peas and sew it all together. This process also serves for pimpinela or green papaya soup. 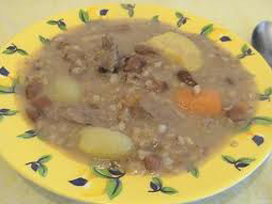 Put the cereal in the pan when the pan is very hot and the wheat bakes until “set”. It is then seasoned with lard and the ‘seed’ and the salt are added, being baked the necessary time until the water becomes gummy. 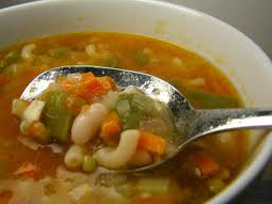 It is quite different from that on the continent. First is the “sauce” beans, usually from the day before the day it should be cooked. It is necessary to verify that the water, in which the beans will be cooked, is simply lukewarm. While the water is raising the boil, a little cold water is poured, to “disengage” the beans. Cook for an hour and a half. When it is almost cooked, it is added the “seed”, pumpkin and lard. 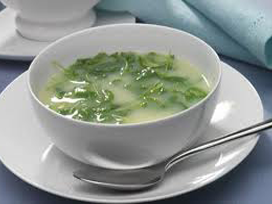 All the streams and levadas of the island have watercress in abundance. It is with this herb that it becomes one of the most delicious ‘soups’. When the water boils in the pan, season with salt and pour the ‘seed’ into pieces and then the watercress, baking all the time. 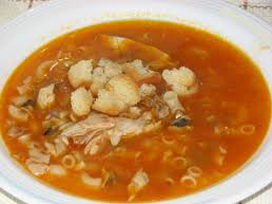 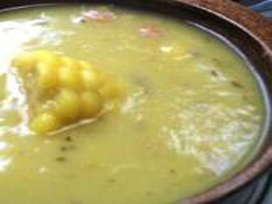 Cook cobs, and then step on the beans to make a potato, which comes back on the fire with milk or whey and boils a piece. Strain and add salt and a tablespoon of butter. 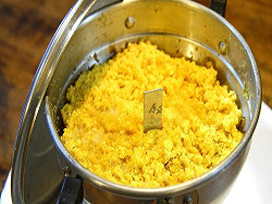 Put the boiling water with the salt, the olive oil, the garlic clove and the savory. When it is boiling, add the cucus. Cover the pan, let the boil rise and then the flame is extinguished.

It is the great popular soup of the island. Cut the cabbage more or less thin. In the pan boiling water is added with salt to taste and only when the boil is raised is the cabbage, pieces of pumpkin, seeds, potatoes (sweet), a little pork and a sprig of savory. All this boils until well cooked.

He cooks himself in a pan with salt water, lard of pork and some meat. As soon as the boil rises, the squash is cut into pieces, even with peel, carrots, seeds and (tender beans). All this is baked in the fire and has a pleasant taste, being substantial.

Cook the cucurbitacicias to the pieces in the boiling water with a little salt. Once cooked the pumpkin is removed from the heat, passed on a grater and added milk or serum to the consistency of a ‘puree’. Add a piece of butter and stir. Then pour into the terrine and serve.

Put the wheat in the sauce for a few hours. He is then stepped on the stomp to remove the skin and crush it a bit. It is placed in a sieve and dropped into a bowl for the wind to separate the skin from the wheat. Wash and cook in water in a coarse pan for two hours on a low heat, along with the meat. As soon as it is cooked the carrots, the seeds, the cabbage, the onion and the beans are put down. Let it cook slowly. Recipe the salt and is ready to serve. 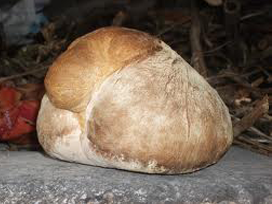 Bake the sweet potatoes with the peel in salt water. It is passed by the dowel. Sift the flour to a bowl, make a pit in the middle and pour in the bread and the sweet potato mash that mix first. The wheat flour is then absorbed by kneading together with warm salt water, until the dough has a light and elastic consistency. Then, balls in the form of ordinary bread or in the form of a ring are laid out according to tradition. Cover with a cloth and let it rise. It is leavening when touching with a finger the mass yields soon. Bake in a hot oven, preferably in a wood oven. As soon as it is lourinho and well cooked, it is ready.