The date of the foundation of the old chapel of St. Benedict, which was the seat of the parish and collegiate, is not known for certain, and its existence must be traced back to the second quarter of the fifteenth century. This chapel underwent several alterations and repairs until the present parochial church was constructed. It is one of the oldest rural temples of this diocese, having undergone several additions and modifications, but its first edification should not be after the second half of the sixteenth century.

However, in an analysis of the existing church, one concludes that it was a small temple with an interesting pre-Manueline portal, in principle, nowadays placed as a portal of the chapel of the Blessed Sacrament. It is a portal of three Gothic archivolts, endowed with historical capitals, practically unparalleled on the island. On the other hand, we can attribute to this small Manueline school the works of the baptismal font and the pulpit of the womb, with the inscription of the sink indicating the offer of King D. Manuel I.

Having with St. Benedict the church is endowed with a portal of three Gothic archivolts, endowed with historical capitals, practically unparalleled on the island. Its construction dates back to the 16th century, being modified through the centuries until it reaches the current building.

Inside, the church has three main altars: the main altar and two other sides. The main chapel is called by a magnificent altarpiece of gilded and polychrome carving of the end of the century. XVII, attributed to the workshop of Manuel Pereira de Almeida, also responsible for the other two altars.

You will also find in the interesting set of images a monumental image of Our Lady of the Rosary, of Flemish production, perhaps of the workshops of Antwerp, dating from about 1520. The matrix still has a magnificent board attributed to the Flemish painter, Francisco Henriques, representing Our Lady. S. Bento and S. Bernardo.

Inside it we can find Manueline works such as the capitals, the pulpit of the Matrix and the baptismal font (gift of D. Manuel I), as well as of a small nucleus possessing a collection of 66 pieces, in which there are silver candlesticks, Sticks, chalices, chalices, caldeirinhas and other silver materials dating back to the 18th century. XVI, XVII.

The present Church was built in 1963, replacing the previous church that had 1683 on the frontispiece, which should be reconstruction. There was a reference to a church in 1677. Located in the center of the parish of Campanário, Ribeira Brava, Parish Church of Campanário was built in 1683, with its patron Saint Braz, patron of wild animals and much sought after for blessings. Who suffers from throat diseases.
The main feast of the parish is held on February 2, the eve of Saint Braz’s day. 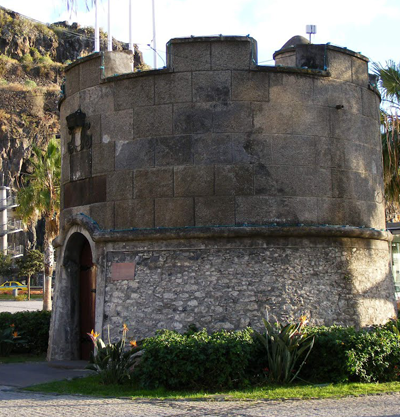 The defense of the Island was always a constant concern, both by the kings and the island’s grantees. Thus, it was necessary to defend the coast before the enemies. Its construction was determined by the governor Duarte Sodré Pereira to defend that anchorage. Sometimes pirates attacked the coast, living the riverine populations in constant startling.

Small Tower of circular plan, covered by a terrace threatened with guardhouse. Basement in apparent stone surmounted by a protruding strand and, above, in cement masonry showing a spattering treatment, with incisions to emit stonework. On the main façade facing north, a perfect arch arch portal opens, surmounted by inscription and national weapons . On the sea side you can see a small niche containing an image of S.Bento. This fort was ordered to be erected in 1708 by the Governor of Madeira, Duarte Sodré Pereira, in order to defend the oppositions of the attacks of pirates and corsairs. In 1920 this small fortification was rented to the City Hall to serve as a prison.

In 1815 there are references to a small triangular fort near the mouth of the river, and another called Fort of S. Sebastião, which were both ruined by a flood in 1803, of which there were no remains. Another is the S. Bento Fortress, which at that time was ruined. In 1916 works were advanced for its recovery and beautification of what today can be seen in the Marginal of Ribeira Brava.

Today, perfectly adapted to the visual context of the village, the fort serves as Information Desk. 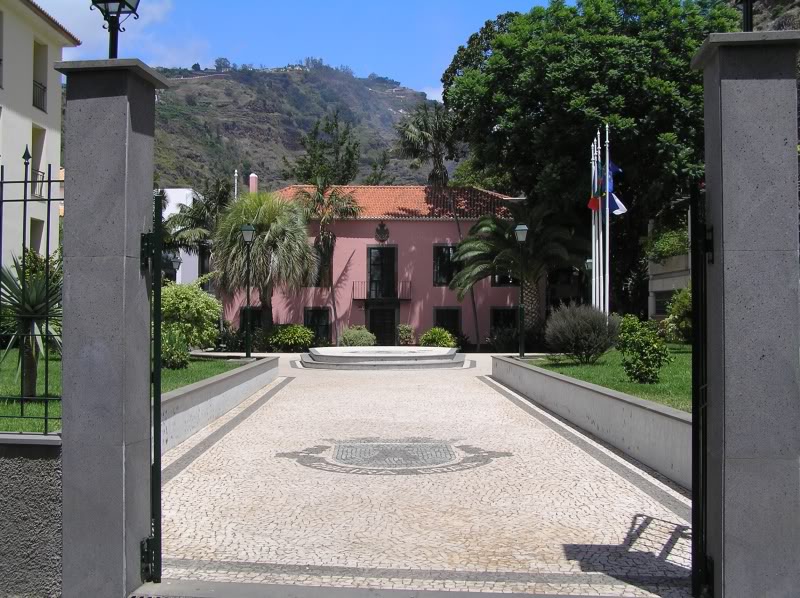 The Solar dos Herédias is a building classified as a Monument of Municipal Interest since 1994.

Located in the center of the village, almost next to the main church, this historic Brabant-braille estate was the former residence of the founder of the county and viscount Ribeira Brava, Francisco Correia Heredia. It dates from the late eighteenth century, early nineteenth century – is about 200 years.

Endowed with a verdant garden around it, Solar dos Herédias has been for many years the seat of the Municipality of Ribeira Brava. It is an ideal place for a short stroll or for a break accompanied by the beauty of nature. 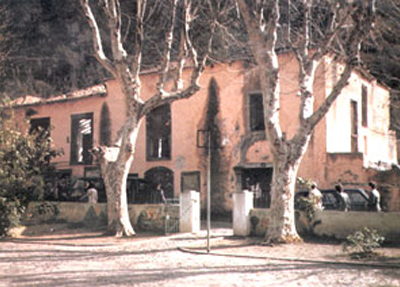 At the beginning of the 17th century, the Convent of Santa Clara in Funchal had direct ownership of several properties in the Ribeira Brava, a single-storey house on the former Rua da Bagaceira, a seventeenth-century denomination of the artery where today stands the Ethnographic Museum of Madeira, He was bought by Luís Gonçalves da Silva, captain of the ordinances of Ribeira Brava, who married D. Antónia de Meneses in 1682. Captain Gonçalves da Silva then enlarged his house and added a flat And on the south side of the building he had a chapel built in 1710 dedicated to the patriarch St. Joseph, where he was to be buried. We can still see, although modified, implanted in the building where the Ethnographic Museum is located, the portal of the said chapel.

Luís Gonçalves da Silva and his wife, by testamentary disposition, made in 1716, instituted a perpetual bond imposed in the house where they resided, in several farms and in the own chapel of St. Joseph, which would only be abolished in 1860.

In 1853, José Maria Barreto, the last administrator of the San José link, converted the ruined solar into an industrial unit, and for this purpose he established a partnership with Jorge de Oliveira.

A sugar cane mill, an animal traction and a distillation ale still was set up in 1862, the factory company, with a new partner, Fr. João António de Macedo Correia e Freitas, was Using hydraulic power, installing a wooden drive wheel that was served by a levada, and a sugar mill with three horizontal iron cylinders. In 1868, two mills of cereals also operated in that factory.

Successive transactions of the company’s shares occurred over the years, and finally, in 1974, the heirs of João Romão Teixeira, owners of the building, sold it to the General Board of the Autonomous District of Funchal.

The Regional Government of Madeira decided to install in the old sugar mill of Ribeira Brava the Ethnographic Museum of Madeira, designed by the architect João Francisco Caíres was inaugurated on June 15, 1996.

The artery where the Ethnographic Museum is nowadays is called St Francis Street, ancestral reminiscence of the disappeared Franciscan hospice of Our Lady of Portiuncula, which was situated just below the sugar mill in the present Largo das Herédias, erected in the year 1730, Its ruins were demolished in 1916.