The orography of the Ribeira Brava offers a diversity and richness of landscapes that must be enjoyed through footpaths, the rails of the mountains and levadas that the county has. We have prepared some suggestions for walking. 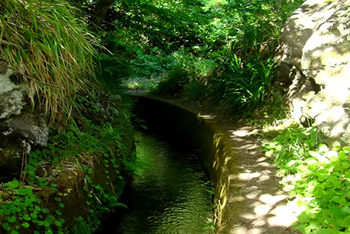 This tour starts at the intersection of the regional road with Levada do Norte, somewhere between Garachico and a little below Cabo Girão. Depending on the option, we can reach the crossing point of the levada with the municipal road on the Boa Morte site (Ribeira Brava parish) or the Ribeira Brava village.
Thus, the duration of 3 and 4 hours and the extension of 10 km and 13 km will apply depending on the destination selected.

Following the road from Ribeiro da Caldeira, we pass through a tunnel of 300 meters and, later, we cross the regional road in Quinta Grande. In this phase we can highlight the views of Câmara de Lobos, Funchal, Campanário, and the Caldeira convent, green fields and houses.

From Quinta Grande to Boa Morte, the approximate distance of 8.5 km is reached for two and a half hours. Again, the most diverse and impressive landscapes, composed of plants, flowers and trees colored by the most unique hues, appear.

For the most daring dissatisfied, we have the section Eira do Mourão, Central of Serra de Água. 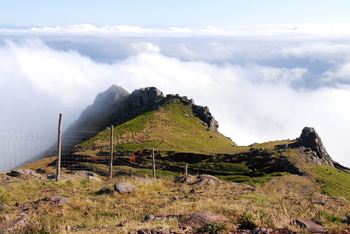 It is a walking tour that has as a starting point the Cieneiro Loch and destination the Sítio da Bica da Cana. The route is always to climb and, without containing very steep elevations, lasts approximately three hours.

The promenade includes slopes of undeniable beauty and an impressive variety of flowers.

The route passes through some points of reference such as: Lombo Moiro and Lugar do Caramujo – ideal reference to enjoy some panoramic views of São Vicente. 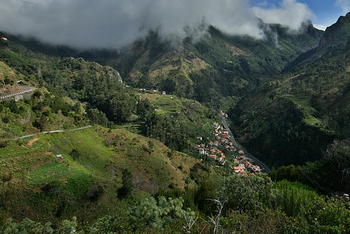 This tour allows two alternatives: one in a 14 km stretch, lasting from 5 to 6 hours, starts on the Regional Road, next to the entrance to the Church of Serra de Água and destination to the Church of Curral das Freiras, the other hypothesis , With the same starting point, in an extension of 8 km and duration of 3 to 4 hours, ends at the Miradouro da Encumeada. It is advisable to use a staff along this tour.

Some points indicate the route of this tour: the Lombo Moleiro; The bridge over the Ribeira do Poço that allows access to the Matias Road; The largest tunnel of the North Levada and Curral Jangão, but before arriving here, it is necessary to be attentive because in the forest the sidewalk subdivide into two branches: the one of the left allows the access to Levada of the North, to the Central Hidroeléctrica of the Mountain De Água and the Pousada dos Vinháticos, while the other goes in the direction of Curral Jangão

From here, at the intersection with the old road between the Strait of Câmara de Lobos and Encumeada, it is possible to follow towards the Ground of the Grass or the Encumedada. From Chão da Relva you can again choose between the direction of the forest post of Boca da Corrida or descend to the Fajã Escura in Curral das Freiras, passing over the Ribeira dos Socorridos.

This route takes place at the base of the highest peaks of Madeira Island, and crosses a part of the majestic Central Mountain Massif. The perspective provided by this route changes at every turn, every ascent, and every descent to fill the eye and soul of the hikers.

Along the route the views over the Curral das Freiras, located in the center of the island, and the village of Encumeada are emerging and deserve their contemplation. You will also be able to appreciate endemic species of the flora and fauna of Madeira, like the Loureiro, the Vinhático, the Til, Bisbis, Finch, Kestrel and many others.

It is a walk that, because it is on a mountain, requires some physical preparation and resistance, although the sense of greatness and satisfaction offered by it will compensate the effort. In addition, when doing this walk will be transported to Old Madeira, as this was one of the main routes used to move people on the island./p> 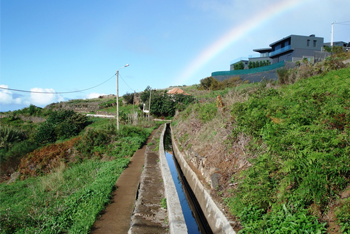 Considered to be one of the most beautiful and charming levadas of the southwest coast. It provides a magnificent walk of three to four hours through the green laurissilva forest, whose Latin designation: laurus (lauráceas: til, laurel, vinhático and barbusano) and silva (forest, forest), with no noticeable obstacles, For those who have vertigo.

Along the Levada Nova we find small tunnels easy to cross, but do not dispense with the use of a flashlight.

During your journey you are waiting for a beautiful hydrogeological picture that deserves great moments of contemplation and some photographs to later remember. We will find small waterfalls framed by volcanic tufts sculpted by the water, under which the levada passes. Passing by the streams of Ponta do Sol, Tabua and Ribeira Brava, where we can enjoy the surrounding landscape dominated by the mountains. To the bottom of the Tabua river, we can take advantage of a little stroll, both upstream and upstream.

ROUTE TO THE FOOT OF THE LUGAR DA SERRA TO ESPIGÃO

Depart a little below Cabo Girão towards the village of Ribeira Brava, in an extension of 15 km, for 8 hours.
Among the main references of this tour are: the ascent to Ribeira do Escrivão, the passage through Aviceiro, followed by the Fontaínhas. Above these the road branches: following the right, the destination is Jardim da Serra, in the Strait; In the west direction we arrive to the Terreiros, site of the Belfry and, more ahead, is the Place of the Mountain.

After seeing the road that goes up from São João to the Fontes site and to the forest stand of Trompica, you will find, below the intersection, the beginning of the road to the Espigão. Through the old path we can descend to the site of the Meia Légua. From here to Vila da Ribeira it’s only another half hour to walk.

During this tour you can be surprised by the endless amount of flowers and plants, of landscapes and diverse trees.