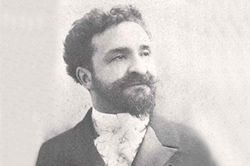 Francisco Correia Heredia was born in Ribeira Brava, Madeira Island, on April 2, 1852, son of António Correia de Heredia and D. Ana de Bettencourt Heredia, thus descending from the oldest and most noble families of Madeira. The title of Visconde da Ribeira Brava was granted him by King D. Luis in May 1871. He was a knight of the Royal House and commander of various orders, he held important positions in particular as civil governor of the districts of Beja, Bragança and Lisbon, Of the monarchy and then during the 1st Republic.

After the marriage with D. Joana Gil de Borja de Meneses and Macedo, was connected to the Village of Vidigueira. The political career of the Viscount of Ribeira Brava was quite agitated and reflects the instability that characterized Portuguese politics in the late nineteenth century. The Viscount played an important role in the events that revolutionized the political scene at the time, such as the assassination of King Carlos in 1908. After the proclamation of the Republic, the Viscount joined the Portuguese Republican Party and ceased to use the nobiliarchic title it possessed For thinking that it did not fit his republican ideals adding to his name the Ribeira Brava, thus becoming the name of Francisco Correia de Heredia Ribeira Brava.

He continued his role as deputy in the Republic, as he had already been of the monarchic regime and later fighting the struggle against the dictatorship, when Sidónio Pais came to power by instituting the so-called Portuguese Republican Party. It is said that he was part of the revolutionary coup of October 12, 1918. He was assassinated on October 16 of that same year in the Sidonist regime, when the party to which he belonged was the object of political persecution.

Born around 1526, in the village of Ribeira Brava, Manuel Álvares was the son of Sebastião Gonçalves and his wife, Beatriz Álvares. From very young began to develop the taste to study grammar.

On June 4, 1546, Manuel Álvares entered the college of Coimbra, where he studied “Latin, Hebrew and Greek languages with great care and perfection, as well as philosophy”.

His fame as a humanist, grammarian and Latin poet goes beyond frontiers, and he is responsible for organizing a grammar compendium that would dominate all European education over 200 years, a unique feat in Portuguese culture.

However, his activities were not confined to this single work, he also wrote a numismatic work, From Ponderibus and Numbers, and also edited the “Letters of the Fathers of the Society who walked in India and other parts of the East” (1563), This edition has several translations.

His first studies in Ribeira Brava and the names of his contemporaries and compatriots, such as the provincial Leo Henriques, Ponta do Sol or the brothers Chambers, the priests Luís and Martim Gonçalves, from Funchal, all of the Company, lead to point out the Madeira as of the cults of the country during the sixteenth century. Later he died at the college of Évora on December 30, 1583, at the age of 57.

His preparatory studies were carried out in Funchal and in 1815 he went to Coimbra to enrol in the Faculty of Philosophy and Mathematics at the University. The academic life of Ferreira Pestana was an uninterrupted series of triumphs, which deserved to be proposed by the respective university congregation to receive the degrees of a licenced doctor, obtaining the Capelo in the Faculty of Mathematics on the 3 of July of 1820. Returning To the homeland, where he spent some time teaching a mathematics chair, he later settled in Coimbra to take up the post of assistant to the astronomical observatory and to prepare for the competition for the teaching of the University. Civil strife led him to leave Coimbra, and it was only in 1834, by decree of July 14 of this year, that he was appointed to the Faculty of Mathematics.

José Ferreira Pestana joined the reaction against the Miguelista government, exposing itself to the persecutions of absolutism. He was arrested in the Oporto chains, where he stayed for a long time. On April 9, 1829, he was sentenced to death when he tried to return to Portugal, imposed such deportation, he left for Luanda.

In 1834, José Ferreira Pestana returned to Portugal, after reestablishing the constitutional government, where he began to govern his chair in the Faculty of Mathematics. He represented Madeira in the legislative sessions from 1836 to 1852 and was also a member of Coimbra.

He was called to the council of the crown, being appointed a minister of the navy and exerted the position of civil governor in 1862.

Diogo de Teive was the son of Lopo de Afonso de Teive and Leonor Ferreira. He had the position of squire and captain of the caravel of Infante D. Henrique. He made two exploration trips to the west of the Azores and, on his return trip in 1452, discovered the last islands to be discovered in the Azores Archipelago: Corvo and Flores. Initially, these islands were considered like new archipelago, taking the name of Floreiras Islands.

On December 5, 1452, Diogo de Teive entered into an agreement with Infante D. Henrique for the installation of a hydraulic sugar mill on Madeira Island. He came to live in the parish of Ribeira Brava in 1472 and detained the rights to the islands conquered until 1474, along with his son. That same year, D. Fernão Teles e Meneses married D. Maria de Vilhena, bought the rights over the islands. 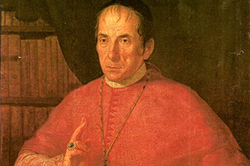 Manuel Joaquim Gonçalves de Andrade was born in the parish of Campanário on March 14, 1767, son of Nicolau Gonçalves de Andrade and Maria de Andrade. He completed his studies in Madeira Island and continued later in the Continent. He was ordained a priest on September 8, 1797, at the age of 22, and later went to Brazil. 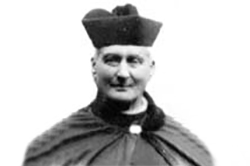 Francisco Justino Gonçalves de Andrade was born in the parish of Campanário on February 18, 1821, the son of Lieutenant Joaquim Gonçalves de Andrade and of Caetana Maria de Macedo. At the age of 18, after completing his studies at the lyceum of Funchal, he embarked To Brazil where he enrolled in the Faculty of Law of the University of São Paulo. In 1850, he completed his training in legal and social sciences, having received the doctorate in the following year and becoming a professor at the University of São Paulo. By the vastness of his knowledge and brilliant performance in his work, joining a remarkable character and rigidity of principles, he became an esteemed and admired figure in the Brazilian empire.

He attended law school and later obtained his doctorate, having been appointed as a faculty member at the São Paulo Law School. However, he never abandoned his ecclesiastical functions.

He was considered a figure of prestige in the city of S. Paulo, where he lived most of his life. He died on January 16, 1898.